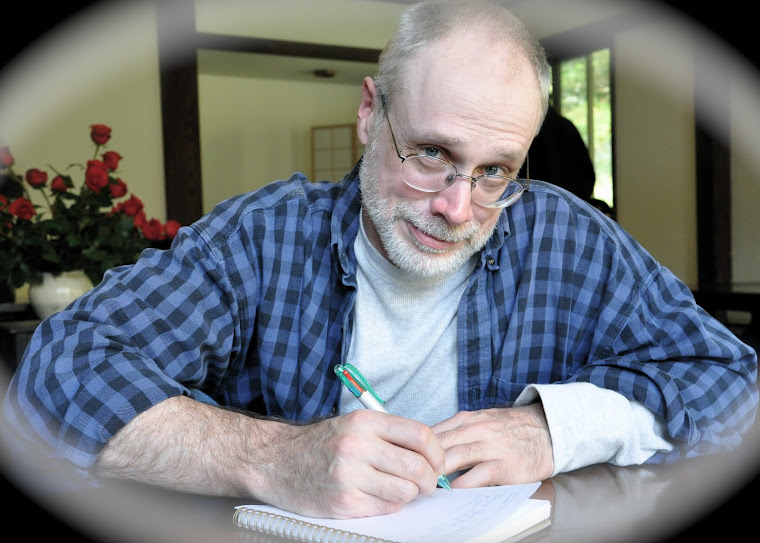 My apologies for the too-long silence.  Chuck's story is changing and morphing as the days and weeks fly by.  It's hard to keep up.

Chuck had an extraordinarily optimistic meeting with a neurologist at Weill Cornell almost four weeks ago.  She interpreted his first MRI brain scan since his compressed and intensive six-day course of radiation in April.  She said there was something to see on the scan, but it was very likely something that experienced radiologists call a "pseudo-recurrence," or "pseudo tumor," not an actual recurrence of cancer.  A great deal of inflammation has resulted from a combination of surgery, radiation, and the chemotherapy drug Temador, all of it at the site of the tumor that was removed on February 13th.  The neurologist said that lesser radiologists who were unfamiliar with glioblastomas would see such ghostly images and declare a recurrence.  Not so, says this particular MD.  She forecast a potentially long future for Chuck who was, after all, a paragon of good health before his jaw-dropping diagnosis of February.

She is awaiting the results of Chuck's second post-radiation MRI scan, due in about four weeks, which will be more instructive.

Nevertheless, in the last ten days, Chuck has been struggling with sleepiness and occasional disorientation and dizziness upon standing.  He was briefly hospitalized for dehydration because his relentless sleeping was interfering with eating and drinking.

At least four people were understandably disappointed and alarmed in the past week because Chuck failed to keep appointments for lunch or dinner.  It is my urgent recommendation, and one of the purposes of this post, to notify all of Chuck's many friends that although he may accept an invitation to lunch or dinner, he may not be able to actually fulfill his commitment, often made in the service of loyalty and a desire to maintain normalcy.  His doctors have increasingly urged him to stay at home, or very close to home; to rest and to avoid activity that places him at risk of disorientation, fatigue, etc.  Please do not expect Chuck to travel to see you; don't even necessarily expect he will answer your phone calls or emails just now.  (And if he steps out to meet you, please deliver him home in a cab.)  He is not avoiding you, he is resting and sleeping.  As always, I urge those who are so motivated to send cards (or funny hats).  He reads them (or wears them).

Chuck is, as of today, signed up to receive two delicious-sounding super-nutritious meals a day, (delivered piping hot to his door by friendly people) and a visiting nurse will stop by every day to check his vitals, make sure his meds are on schedule and to generally assess his status.  These are great services available to New Yorkers who have either Medicare or Medicaid insurance, and to have them in place means that Chuck will remain well-fed, well hydrated and well-monitored.

On another matter, it's been nearly five months since Chuck's diagnosis and our original full court press for donations to the Charles M. Young Fund.  A great many intelligent, generous people stepped up with contributions--kudos and thanks to everyone who participated and showed their generosity and concern.  You shored up the dam and have kept Chuck safe and sound for months, now.  To update, although we are not in desperate straits-territory, we are down less than half from where we were in early March.  I think it is not a bad idea at this juncture to ask those who can manage to make a contribution once again in order to assure that one of the world's greatest rock and roll journalists, as well as one of the world's greatest friends, can continue to make his way without too much difficulty through an uncertain, occasionally tumultuous, maze.


Posted by Hillary Johnson at 12:08 AM No comments: